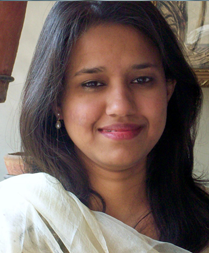 The Voice of Women Survey-2017 reveals some extremely distressing statistics on discrimination and harassment faced by women at the workplace. However, if we consider that since the time more and more women began joining the labor force, we have witnessed a spike in violence against women, these figures are not at all appalling. They only reinforce the fact that operative biases, prejudices and discriminatory practices against women are deeply entrenched in our society and find their way in the workplace.

In this scenario, it becomes imperative for women to not only familiarize themselves with their rights at the workplace but assert them when the need arises. India is signatory to various international conventions committed to securing equal rights for women, the principal amongst them being the CEDAW-Convention on Elimination of All Forms of Discrimination Against Women (1993). Articles 14, 15, 16, 21, 39, 42 and 44 of the Constitution of India recognize the principle of gender equality. In pursuance of the same, the Constitution empowers the State to adopt positive discrimination measures in favor of women. Besides constitutional rights, working women also have legal rights under various statutes. However, despite all these laws seeking to advance the cause of women, real equality is a far cry. Discrimination and harassment at the workplace threaten women in many forms, the most insidious and pervasive being sexual harassment. Men occupying high-profile positions, especially in the corporate world are increasingly finding themselves in the dock on charges of sexual harassment though sexual harassment is not confined to corporate corridors. Whether it is our homes, hospitals, educational institutions, construction sites, the public transport or the streets, sexual harassment rears its ugly head everywhere.

What is the way forward for working women? The first step in creating and securing a safe workplace is making a conscious effort to tackle bullies and harassers at the workplace. STOP ignoring bullying and all other forms of harassment especially sexual harassment which dehumanizes women and deprives them of their personhood, agency and the right to earn their livelihood with dignity. As women we negotiate difficult relationships both inside and outside our private spaces. We must remember that a safe workplace and the right to live and work with dignity are our fundamental rights, not concessions or privileges granted to us.

Pursuant to the afore-stated and in the capacity of a legal professional, I am pleased to share with you my views on sexual harassment at the workplace and ways to tackle the same as well as the rights of working mothers.

Garima Srivastava is an advocate based out of New Delhi. An alumnus of Lady Shri Ram College for Women (University of Delhi), Jawaharlal Nehru University (JNU) and Faculty of Law (University of Delhi), she has been practicing in the areas of constitutional law, women’s laws, infrastructure & regulatory laws, criminal laws, corporate and commercial laws, employment laws and consumer disputes, though her practice is not restricted to cases covered by these laws. She conducts workshops across India to create awareness among women on their rights with a special focus on the laws pertaining to sexual harassment at the workplace. You can write in to her at advocategarima@gmail.com or connect with her on LinkedIn
Reena Saxena
Garima, true to her style, calls a spade a spade.